DeanDrawbaugh got their new illustration or graphics by running a design contest:

We are a book publisher

We will be publishing a children’s book called Thimbo Jack

Good afternoon all We will be publishing a children’s book called Thimbo Jack The book will be 8-1/2 X 11 – text on the left hand page and illustration on the right hand page Art to be produced CMYK with ¼ inch trims deliverables PDF’s I do not want the art to bleed off the page. For this contest I am offering $249 to develop the characters and environment – this would work best if you would show me illustration # 12 (see below) Picture of Thimbo Jack standing on the Boys knee Grandma in the background 1. The Boy 2. Thimbo Jack 3. The Grandmother 4. The Room The successful designer will be awarded a 1 on 1 agreement for an additional $500 to complete the 22 illustrations. This agreement will include the design, and up to two round of corrections on the art. I need a style of illustration similar to the following children's books Snowman Named Boo - illustrated by Karen Hilliard Crouch Bedtime in the Southwest - illustrated by Renee Graef Jack and the Beanstalk - illustrated by Gavin Scott Rocket Writes a Story - Illustrated by Tad Hills I Want My Mommy illustrated by Alison Edgson The art must be fairly realistic and fun with lots of color. Some bright and some a bit softer. I will need 22 illustrations that match the story line, as follow: Thimbo Jack It was Christmas Eve; Grandma and I were sitting by the fire. We’d just finished wrapping presents. Grandma was getting tired. 1. Fireplace - Christmas tree with presents - Gramdma in a chair - boy With a day spent decorating I was having some doubt to what the Christmas season was really all about. 2. Close-up boy in deep thought It was then I saw a little movement behind a book up on the shelf. Mom always said, “There is no such thing,” but it surely was an elf. 3. Elf peeking from behind a book on a book shelf I did not move a muscle. I did not even blink. The elf peeked out once, he peeked out twice, and then I saw him wink. 4. Close-up of the elf winking I sat staring in amazement, not knowing what to do. Then the crazy little elf, he grinned and hollered, “Boo.” 5. Picture of the boy reacting to the elf hollering BOO! I felt a little shaky, my knees a little weak. I’m sure by now the elf believed I really was a geek. 6. Picture of the boy - red cheeks -embarrassed look on his face He stood completely still; his hands upon his hips. He said, “Now tell me boy is there a voice behind those lips? 7. Picture of elf with his hands on his hips - speaking Do you have a name? My name is Thimbo Jack. No, you are not dreaming. I really am a fact. 8. Boy pinching himself - with Thimbo Jack in the background I do not work for Santa. I have a different job to do. I have been sent out on a mission to talk to girls and boys like you.” 9. Elf with a things to do List It had not been that long ago, a book on elves I’d read and I could still remember exactly what it said. 10. Boy with an idea balloon - imaging himself reading a book It said elves always have a purpose or a message for to bring. They often speak in rhymes and sometimes they’ll even sing. 11. Close-up of the book - showing an Elf that looks like Thimbo Jack The books description of an elf fit Jack exactly to a tee. The next thing that I knew he had leaped down on my knee. 12. Picture of Thimbo Jack standing on the Boys knee Grandma in the background I gave a glance at Grandma but she was fast asleep. So that’s when Jack became a secret I would keep. 13. Picture of Grandma Sleeping Jack said, “I have a simple question. Just what would you say? If Jesus came to visit you on this Christmas day? 14. Boy with an idea bubble - Boy answering door- Jesus in the doorway Now you just think about it, what if he should show? Would Jesus have a present? Wrapped up with a bow? 15. Close-up of a present wrapped in a bow Oh, don’t you start to worry. Jesus won’t be looking for a box. He does not need a pair of skates or even brand-new socks. 16. Christmas tree with unwrapped presents The gift that Jesus will be looking for is easy to impart. It is the gift of love, and it is stored within your heart. 17. Picture of Thimbo Jack with his hand on the boys chest The gift of giving love is truly in great need. You can give it in a kindly word or in a thoughtful deed. 18. Boy with an idea balloon - helping a lady across the street. Well, I think you’ve got the message so I’ll be on my way. for I have lots of other girls and boys to see on Christmas day.” 19. Thimbo with a long list of Girls and Boys Jack then leaped back on the shelf as quickly as before. When I looked behind the book there was no Jack no more. 20. Picture of Thimbo Jack leaping to the book shelf I never told a single soul about that night with Thimbo Jack. Though every year I looked for him he never did come back. 21. Picture of the boy - looking for Thimbo Jack on the book shelf I never did forget the message that Thimbo Jack came to impart. The greatest Christmas gift is sharing the love within our heart. 22. Picture of the Boy with his hand on his chest.

DeanDrawbaugh collaborated with designers to refine their ideas

Very talented and kindly artist :) Nice to met you !

Jimmy_bocquillon
Choose a design you love and work closely with the winning designer to refine and finalize your design. After that they’ll supply the files needed for print or digital use. Full copyright is all yours.
You’ll get all the image files you need to put your design anywhere. This includes the original, editable file, as well as a preview version you can open on virtually any device.
If you know exactly what you’re looking for, it makes sense to work with an individual freelance designer. In that case, you can search through our designers’ portfolios and find your perfect match.

A car dealership with a focus on trucks and SUV’s. Want something with a modern country feel.

Our Mission: SEEK To bring others to faith in Jesus Christ SERVE In mission locally and around the world SUPPORT

New Church Plant targeting Christians who Love Jesus and Love the United States of America. We are an organization that

Our mission is to redefine the church as family of disciples who support and serve their community, restore broken socie

Religious logo needed for a person suffering from cancer.

This logo is being done for my brother in law who is suffering with terminal cancer. He asked me to create a logo that w

Design a compelling logo for our counseling annual conference

Product: A Conference for training and networking among church leaders and members in biblical counseling Target Audien

A ministry to equip middle and high school age girls to live out a gospel rich lifestyle.

A Christian Church in a young vibrant city in Alberta Canada.

We are a non-profit ministry that is committed to seeing the Gospel spread around the globe. Our ministry name is "On Th

We bring inspiration, teachings and guidance through online events and resources to Christian believers all over the wor

Logo evolution of famous brands: what we can learn from these 9 examples 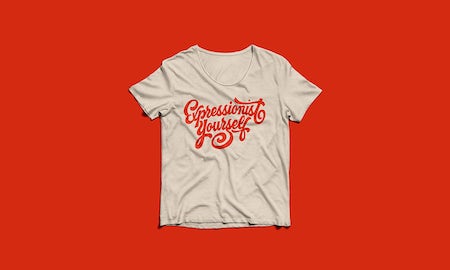 My Modern Met x 99designs: wear your art on your sleeve 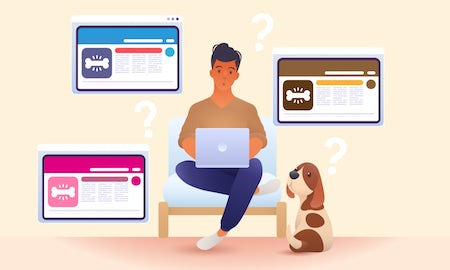 Why do so many websites look the same? And how to make sure yours is unique.