T. M. White got their new illustration or graphics by running a design contest:

I am a writer self-publishing my first novel this fall. I'm targeting adult high/epic fantasy readers who may enjoy adventure, espionage, and elemental magic.

Hello! I need a map for the world in my debut fantasy novel The Elementalist: Rise of Hara, a cross-genre story of epic fantasy and espionage that I am publishing this fall. It's set in a pseudo-1940s world (kind of dieselpunk with hints of noir), so I'd like the map to have a retro feel. I like the styles of the inspiration photos I attached, though I'm super open to creative interpretation! Also, black and white or greyscale is fine, since I won't have color in the paperback book. I really like the idea of a map that has a punchy, graphic look with a dominant use of the color black, but I don't want it to look too serious. Touches of whimsy are most welcome. I'm looking for a high-resolution map that fits across two 6in. x 9in. pages (so 12in. wide x 9in. height in total) in a print book. I've attached two maps I created to use as a reference for the world's details. I'd love to play up the landforms and natural features (rivers, mountains, etc.). A scale is not needed for the final version. Also, all the capitols have red dots on the map. I am self-publishing the novel, so I will have the full rights to it. STORY SUMMARY Aviatrix, elementalist, emelesiac, spy…not exactly what Voi Román went to university for. This academic dropout and almost-valedictorian thinks she has the worst of it: emelesia. A rare, incurable condition that will soon confine her life to a mental asylum. That is until a government agent named Ron Callahan appears claiming he can get Voi a cure after all...if she commits espionage. Running on her last drop of optimism, Voi caves into coercion. Before long, she learns there's a mystical side to her condition when the so-called “cure” unleashes elemental talents. Agent Callahan buries his own secrets beneath a murky past and a guarded heart, not to mention his uncanny ability to predict Voi’s whereabouts. Keen to overthrow the tyranny of governmental eyes, Voi embarks on a whirlwind of adventure—from occult pseudoscience and experimental technology to aerial espionage and international intrigue. Suddenly, everything changes when psychic revolutionaries from a foreign liberation movement threaten Voi's life and shake her beliefs. Seeking answers, she takes a leap of faith into the unknown, relying on supernatural instinct to uncover the truth and, as it turns out, a brewing terrorist plot abroad. Emelesia was a lie, Agent Callahan's motives are unclear, and the government seems as suspect as the enemy. Now, the aviatrix must fly by the seat of her pants through a storm of esoteric politics with her moral compass intact, or risk losing a vital part of herself along the way—including her life. Or sanity. ABOUT THE WORLD The world, which I call "The World of Element 7," is like a smaller Pangea, just one large continent. The East (North and South Darmoil) resemble Asian and African cultures, and the West (Windsor, Apexia, Borellia) resemble European and American cultures. I'll include some details about each nation if you're looking for some possible symbolism to incorporate. One cool thing about the story is the use of airships. :) Windsor, a kingdom, is known for being very stormy and rocky, but air travel is banned there because it's too dangerous. Apexia, led by a chancellor, is known for its navy, especially their submarines and dreadnaughts. They're also known for their urban skyscrapers, which sometimes have airships docking on their towers. Borellia, led by a president, has a strong airship force (the Aerokorppa) and an air guard (Z'Gaurdeaer). Together, these Western nations have an alliance known as the League. Meanwhile, North Darmoil is ruled by an emperor who has a shamanistic order called the Xi; they're known for their spiritualism and mysticism. The Xi has a symbol, basically a 12-point mandala with an eye in the center. North Darmoil also has airships, though their technology generally isn't as advanced as Borellia's or the other nations—more like the "steampunk" to the West's "dieselpunk." North Darmoil also has a lot of lush lands. Then there's South Darmoil, which is known for its vast, mineral-rich desert plus its tropical islands and savannas on the outer regions. Down here, some people also fly primitive planes. South Darmoil has a problem with raiders and slave rings, too, the latter of which are usually run by wealthy magnates from the North. This is mostly a problem throughout the desert where fewer people live and the government has a less concentrated presence. Together, North and South Darmoil make up the Darmoilen Empire. The borderland between these regions, the Fambrach Mountains, is kind of the epicenter of the story. It is where the East meets the West. (You can think of this region as the Himalayas of this world with really tall mountains.) Ziwao-Ko Peak is the tallest point in this world. Here, air travel is also not permitted, though there's a train that travels along the coast and cuts through the middle to Zhil Lomao. Lastly, there's a region called Daemon's Pass between Cademon's Ocean and the Great Sea. It's kind of like a Bermuda Triangle, so lots of weird stuff tends to happen there. Namely, ships disappearing. - If you have any questions or would like more details, let me know and I'll be happy to answer. Thanks so much! Looking forward to your creations. :D

If using a licensed font, please choose one that is under $50. I'll most likely want to use the same font for branding and marketing purposes.

T. M. White collaborated with designers to refine their ideas

Working with Alpas was so much fun! She was very attentive to my design needs and worked quickly to implement changes when needed. I look forward to seeing her future work & collaborating with her again. :D

T. M. White
Choose a design you love and work closely with the winning designer to refine and finalize your design. After that they’ll supply the files needed for print or digital use. Full copyright is all yours.
You’ll get all the image files you need to put your design anywhere. This includes the original, editable file, as well as a preview version you can open on virtually any device.
If you know exactly what you’re looking for, it makes sense to work with an individual freelance designer. In that case, you can search through our designers’ portfolios and find your perfect match.

I'm currently trying to have a sophisticated family logo created that for generations to come. As far as fonts try using

The horizon app helps you find out how to recycle packaging in your area. Simply scan a barcode and we will tell you wha

Design is for physical component, that will be located in a real room that acts like man-cave or thematic place to have

I would like to have a heat map of the US created as our spreadsheet indicates all of the cities we have contractors.

We digitally print custom wallpapers in all genres. We have multiple themes that we would like to expand through these c

We digitally print custom wallpapers in all genres. We have a special kids wallpaper arm that we are looking to expand t

We’re 99designs’ Community Team. We offer a regular series of Community Contests to help you build your portfolio, impro

We’re 99designs’ Community Team. We offer a regular series of Community Contests to help you build your portfolio, impro

Cyberpunk illustration of watches to appeal to watch collectors.

We make custom modifications on existing watches. Our audience are watch collectors that are looking to have their watch 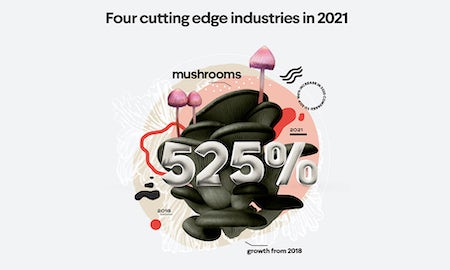 4 cutting-edge industries to watch in 2021 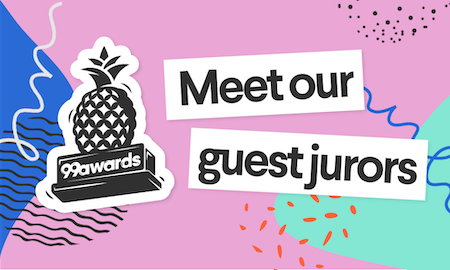 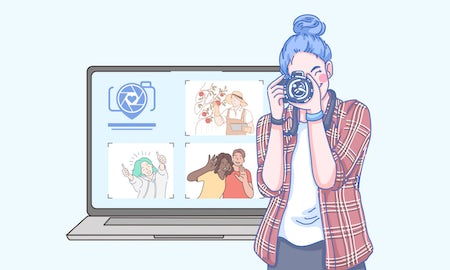